Top Posts
8 Travel Hacks to Save Money on Flights...
How to Get Paid Market Research Studies and...
10 Things No One Tells You About Iceland!
22 Things to do in Peru besides Machu...
Israel Budget ~ How Much Does a Trip...
Iceland Budget
14 Reasons to Road Trip to Florence Alabama
My Cuba Budget
The 7 Best Bars in Barcelona to Have...
24+ Best Places to Visit in China Besides...
Home TripsAround Atlanta Tank Driving in Georgia ~ My Tank Driving Experience!

This post is part of the series Around Atlanta

Other posts in this series:

There are tons of ways to have a fun weekend, but if you want an EPIC weekend? Then you, my friend, need to drive a tank in Georgia. Didn’t know that tank driving in Georgia was an option, did you?  I’m here to tell you that it is! I’ve started investigating fun things to do outside of Atlanta, and this was an exciting first activity.

Before you get all bummed that you aren’t from Atlanta, you can apparently drive a tank in Minnesota, Texas, Nevada, and Ireland!  Some of those places let you fire the tank’s… cannon…gun…?, some let you crush cars, and one lets you drive the tank through a house!  Those options are awesome, but I’ll be focusing on Tank Town USA in Georgia.  I received this experience as a present from my brother, and here is my honest and unbiased review 🙂

At Tank Town USA you have the ability to drive the tank around or even crush a car!  At the time, I didn’t want to fork out the extra money to crush a car, but hindsight is 20/20… and hindsight said I should have!  Luckily, there was another guy who was there right after my appointment, and he DID crush the car!  So if you’re trying to keep this trip as cheap but as fun as possible, call ahead and see if you can get an appointment around the same time as someone crushing.  It’s still pretty cool to watch even if you don’t get to do it yourself.  But I think it is worth it to splurge!  Just bring a buddy to split the cost! 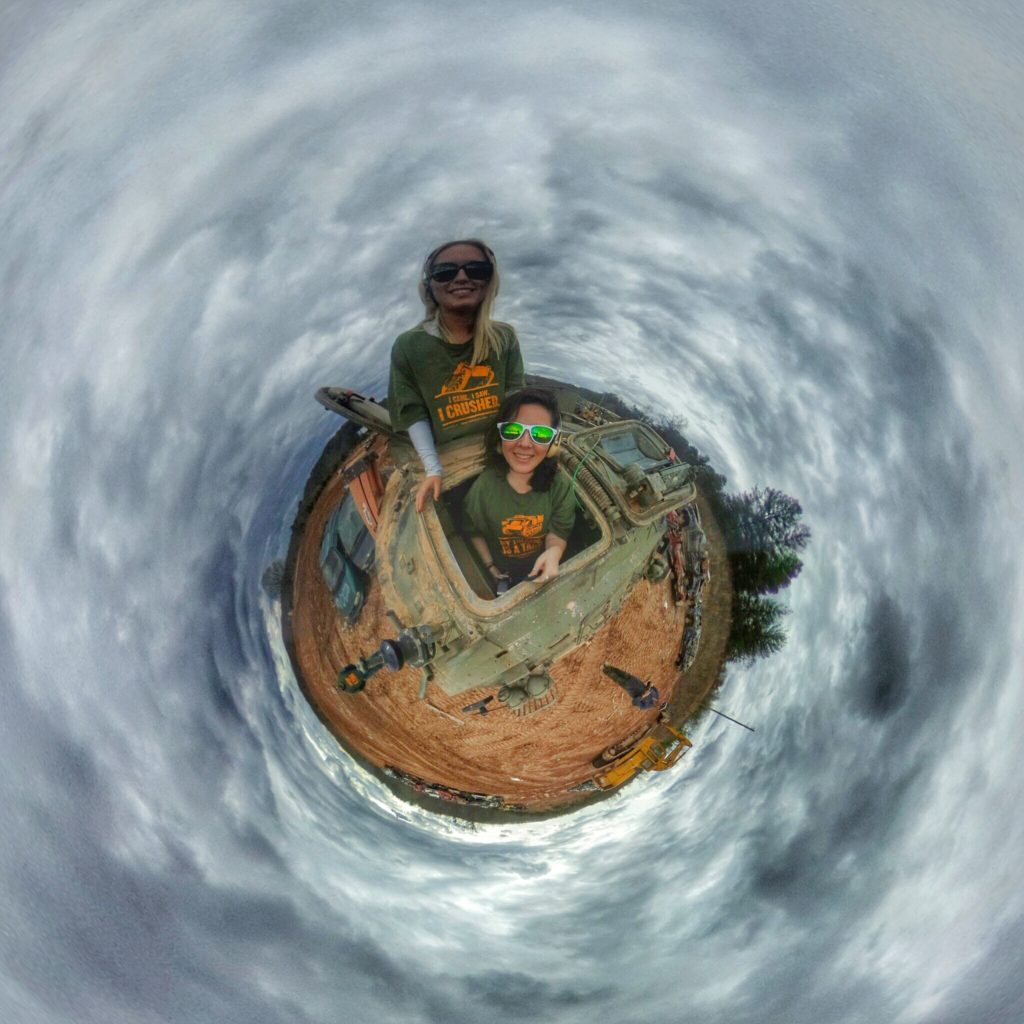 I brought Jill with me!

Want this free?- Try getting into some focus groups!  They’ll pay you for your opinion and then you can use it for this! 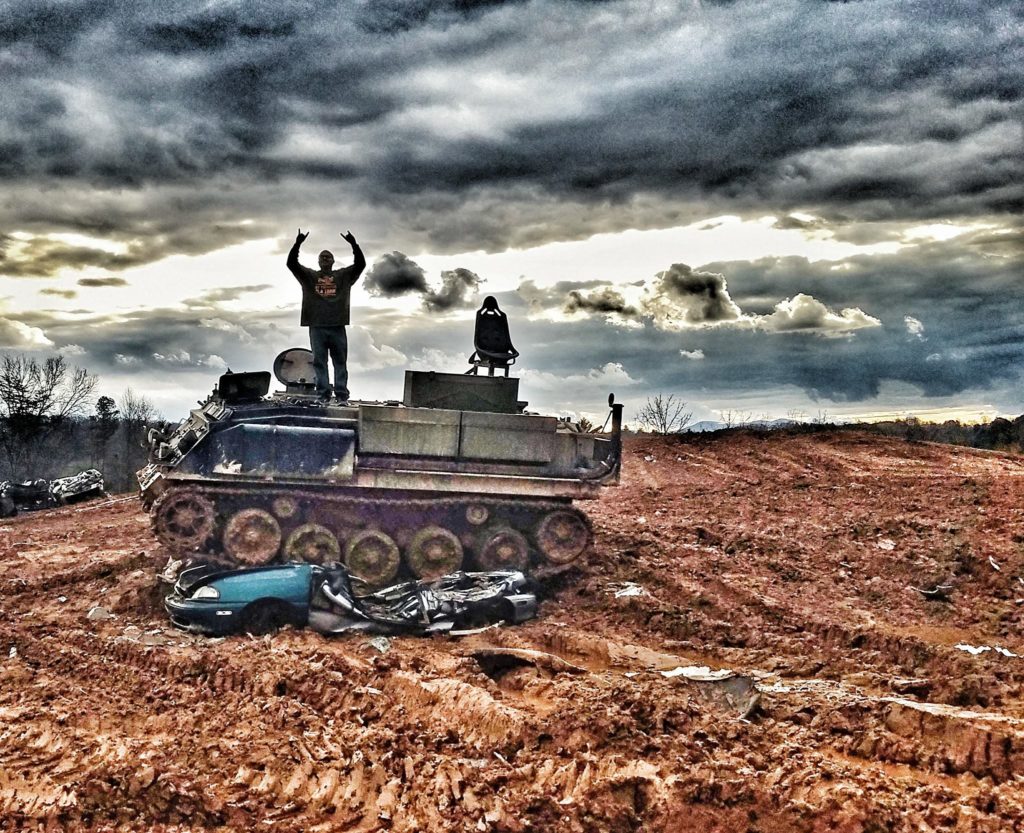 Here’s the true MVP! He crushed the car, and we got to witness!

If you choose to just drive the tank, you can bring a friend! My friend Jill was able to come and ride in the tank with me!  It was nice because it’s a fun experience that should be shared, and also because she was able to take some pictures while I was driving. That’s how I got some of these awesome shots with my 360 Camera!  Todd, the owner, was a real pleasure to hang around. He’s knowledgeable and friendly.

The tank itself had surprisingly few controls. It was literally just two levers that you pull back and forth. I had a small pedal cart when I was younger that operated with similar controls, so I picked it up pretty easily. If you don’t, no worries. Todd is lounging (precariously close to the edge!) right next to you ready to correct your course, hold a go-pro camera, or tell a joke. 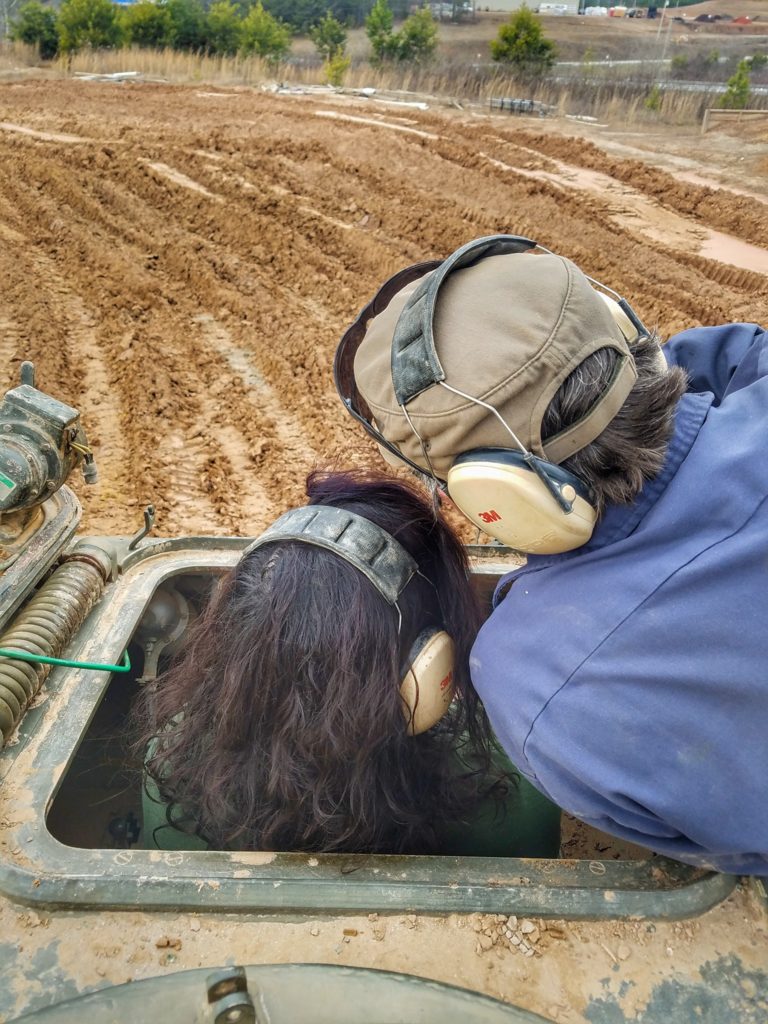 Todd explaining to me how to drive this big Poppa!

You’re basically popping out of the tank like a groundhog!  If you’re driving, you’re standing on the seat looking out on the muddy morass of fun you’re about to drive through. Nothing but the wild blue yonder (Well, it was gray when I was up there) and a muddy obstacle course you get to figure 8 around.  You can see in another tank where soldiers would be riding, but thankfully that’s not your situation.  If you’re a passenger, you get to ride on the seat propped up on  top. All that’s missing from that seat is an umbrella and a matching tiny umbrella in a tropical drink. Popping out of the driver seat!

As for comfort, I’d say it’s not ~un~comfortable per-say, but not like leather bound seats and a library that smells of rich mahogany either.  When you’re driving, you’re standing on the seat and leaning back against the hatch. I don’t recall any memory of that being uncomfortable, but I also might have been on an adrenaline rush. The top seat was pretty comfortable (with seat belt) and I had a blast zipping around, filming, and wondering what certain smells are (I won’t lie, there was a smell.  I’m assuming because it was after a rain. It certainly wasn’t overbearing, but it did exist). 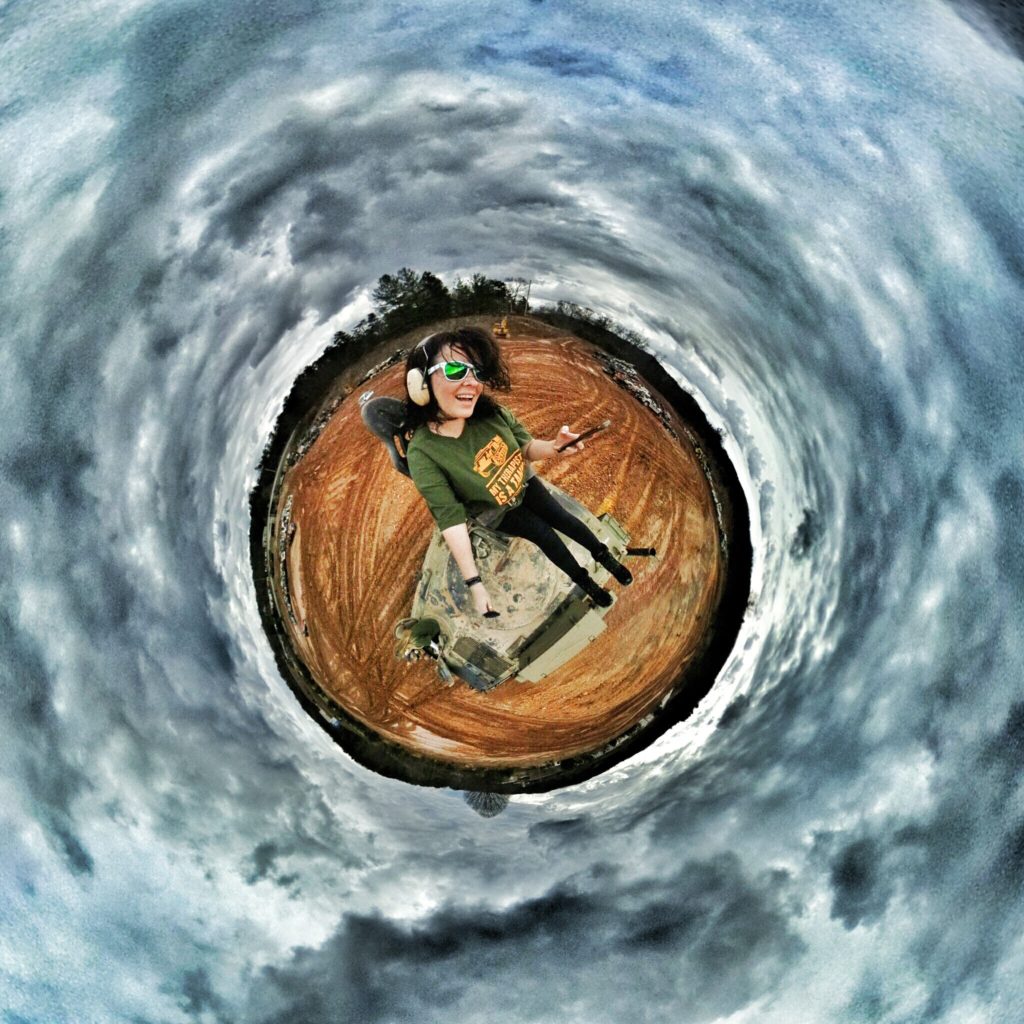 Can I push *all* the buttons When I Drive a Tank in Blue Ridge GA?

You’d be surprised how elementary the controls are.  There was a button that Todd said was the auto-off button and cautioned me not to press it. Naturally, I immediately pretended to press it. I’m sure I’m not the first!  Really though, the controls are basically a gear shift, and he tells you where to put it,  two handles you pull back and forth depending on which direction you want to go, and a gas pedal. Todd will caution you if you’re going too fast or slow or if your path needs correcting. 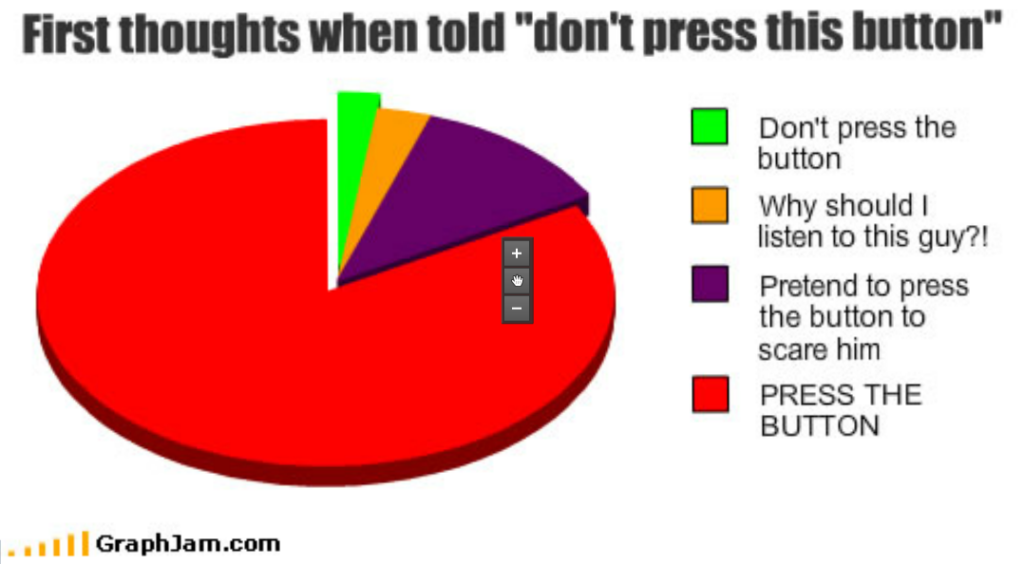 Questions My Friends Asked About My Drive a Tank Georgia Time:

Did you shoot the gun? Alas, no.  Although that would have been sweeeet.

What about the weather? The first time I was scheduled, it was predicted to rain! I wanted to document my trip for you fine fellows, so Todd let me reschedule. THEN the next time I was scheduled, it was predicted to snow and sleet like crazy, so Todd asked me to reschedule.  Then I finally made it up there!  As you can see from the pictures, it was a bit of a cloudy and ominous day, but I think it added to the atmosphere.

How much fun is it?  SO much fun!!  I want to go back and try the excavator and maybe squash a car! 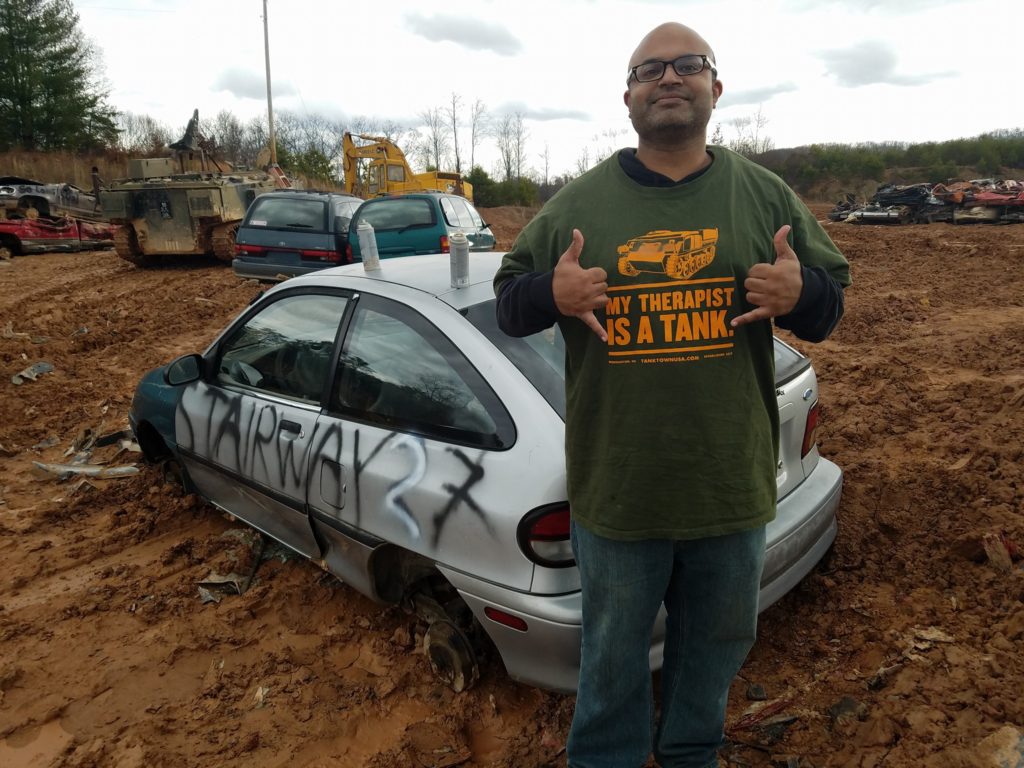 Here’s the awesome guy who crushed the car

What should I wear?  Wear shoes that you don’t mind getting muddy!  Todd also provides you with a shirt to wear while driving (Just give it back afterwards!) to keep your shirt clean! 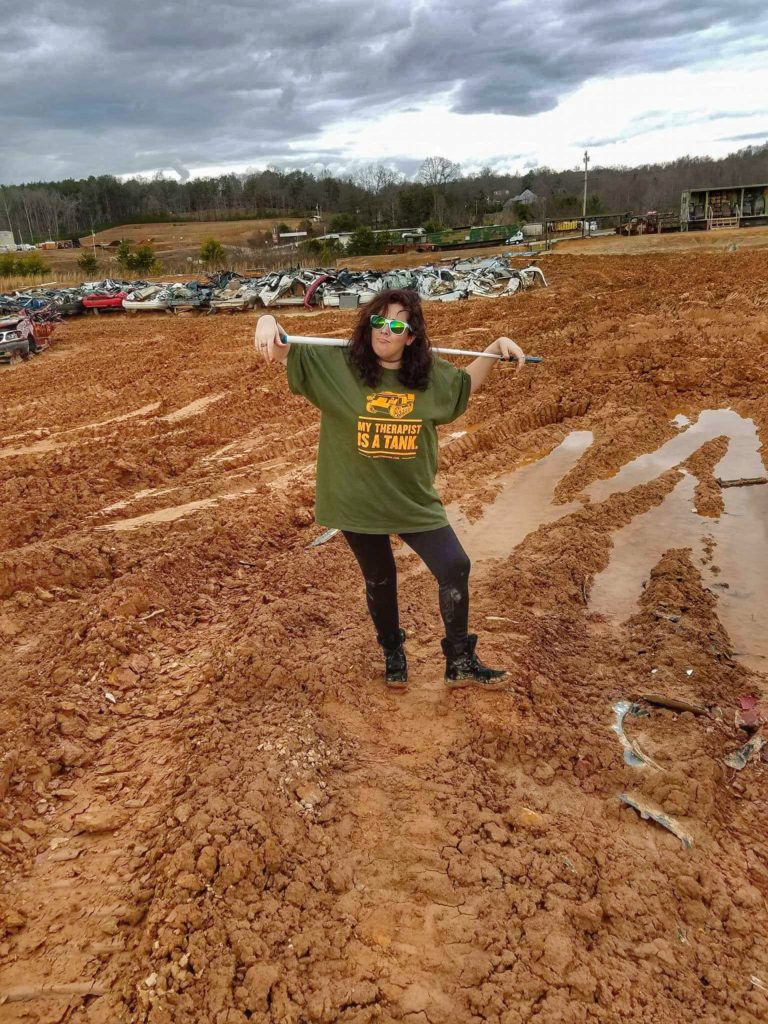 I’m pretty much a gangsta

Did you get a picture of yourself standing on top, hair blowing in the wind, with a giant American flag in one hand and a rifle in the other? (Thanks Amy)  Man, if that’s not America, I dunno what is! Sorry to disappoint, but we didn’t have any bald eagles, rifles, flags, or Budweiser. 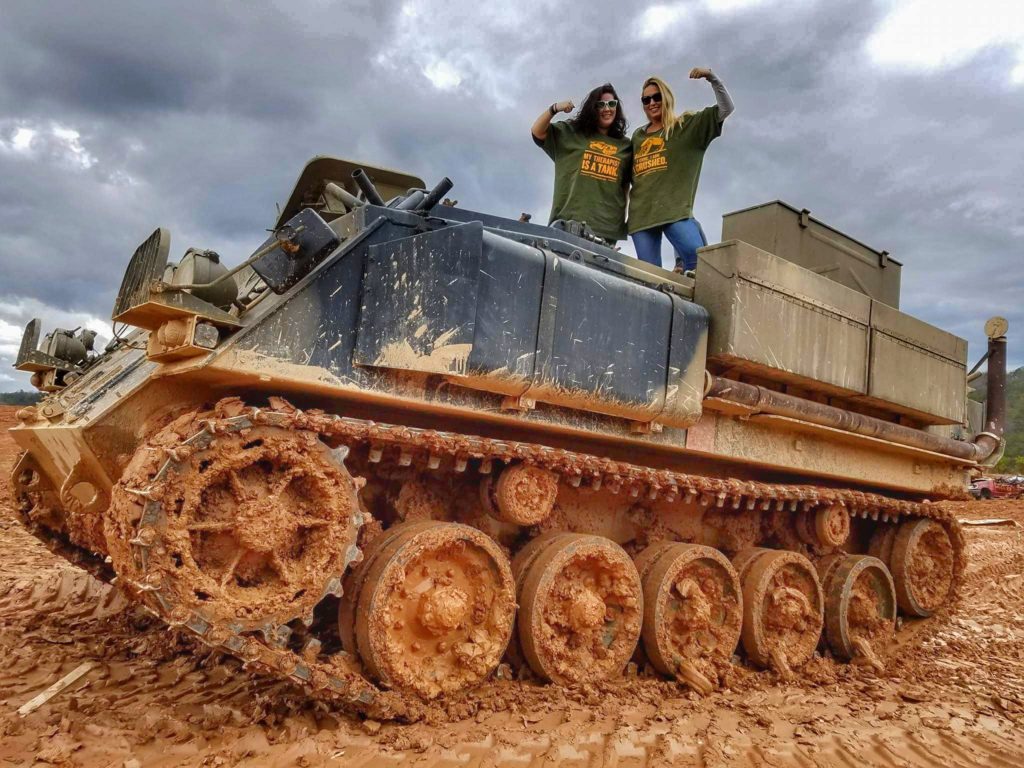 Two boss babes, a tank, and some mud

Things to do around Tank Town:

I came up from Atlanta, and it was about a 2-hour drive. I think if you’re going up just to go to Tank Town USA, it’s a bit of a hike.  Maybe make a day trip out of it!  It’s really close to Blue Ridge, and there is a whole strip of adorable shops.  While driving home we passed something that I’m pretty upset that I hadn’t heard of previously… Sasquatch Museum.

If you’re up for about another hour drive, you can have some awesome animal encounters! I did a swim with otters!

If we hadn’t stayed so late in town wandering around and eating pretzels, we could have gone!  It looks like it has really good reviews! Next time I’m up there, I’m checking it out!  All I’m saying is, it might be fun to do something in addition to Tanks, although just the Tank was totally enough!

Pin this for later! 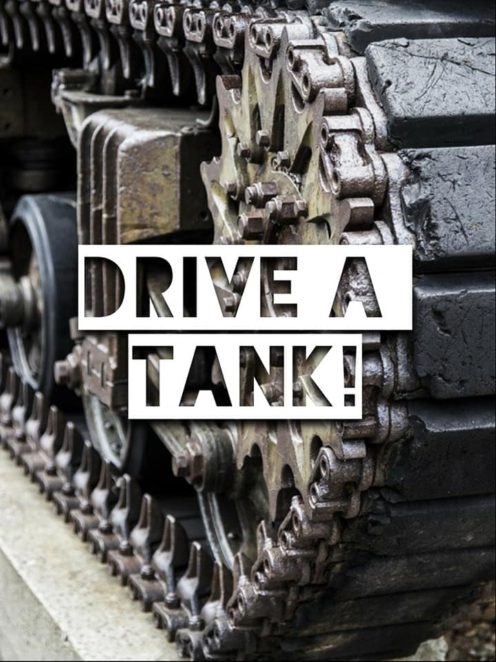 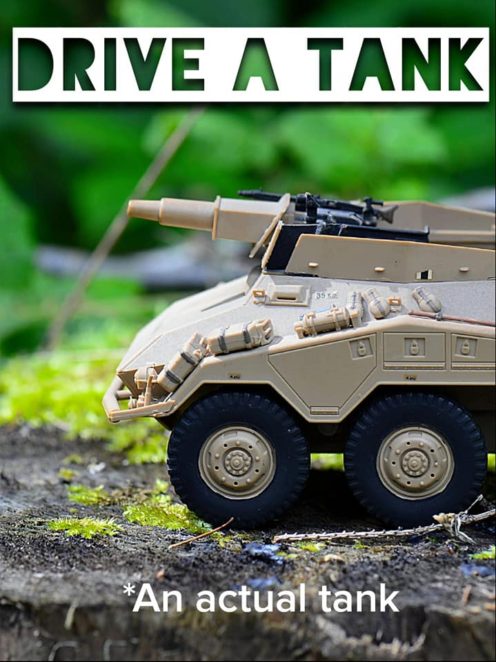 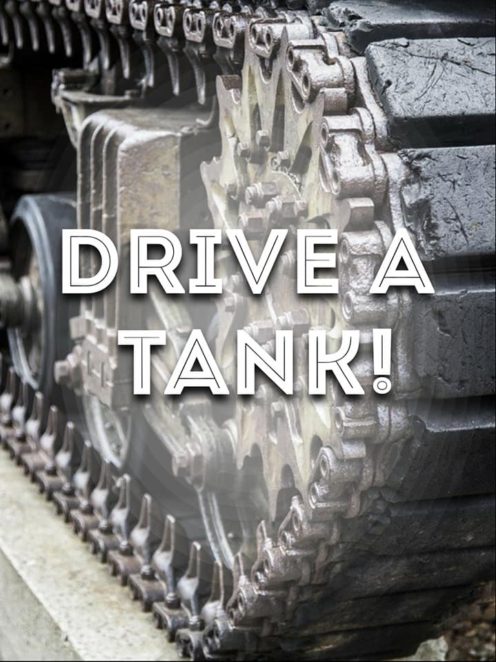 10 Things No One Tells You About Iceland!

[…] McCaysville, Georgia and Copperhill, Tennessee.” Lastly, if you want to blow off some steam, try your hand at tank driving! Unabashedly crush cars beneath your mighty metal and have someone snag a few slow-motion shots as […]

Nice read, I just passed this onto a friend who was doing some research on that. And he actually bought me lunch as I found it for him smile So let me rephrase that: Thank you for lunch!

I hope y’all run over some cars!

That looks like so much fun! You have such a knack for story telling, you must be a teacher! LOL I want to try it! But I am not forking over 500.00 to smash a car. I did enough of that as a teenager.

Haha that’s true; that is a deductible!!