Top Posts
How to Get Paid Market Research Studies and...
8 Travel Hacks to Save Money on Flights...
22 Things to do in Peru besides Machu...
10 Things No One Tells You About Iceland!
Israel Budget ~ How Much Does a Trip...
14 Reasons to Road Trip to Florence Alabama
24+ Best Places to Visit in China Besides...
Iceland Budget
My Argentina Budget!
My Cuba Budget
Home TripsNorth AmericaMexico Road Trip Mexico ~ Driving in Mexico Tips

A road trip in Mexico seemed like the perfect idea to go see the beautiful Monarch Butterfly Sanctuary and to get out of Mexico City! I didn’t want to be beholden to public transportation, and my Spanish is pretty alright, so I decided on the Mexico road trip for a long weekend.  (Note: I don’t think you need good Spanish to drive there).

Planning on a Road Trip to Mexico? – Check out my Mexico Travel Budget and my experience with Mex Rent Car.

I feel I should start with this because this is where most of you will start your Mexican road trip.  I picked up my rental car after I landed, and then I went off to get to my hotel. I noticed a few things.

The signage was definitely lacking.  My phone’s GPS would tell me to get off on whatever exit, and yet there often were no signs that said that exit was there.  I ended up having to hold my phone on my steering wheel in order to be able to see exactly where I was on the map. Hardly the safest, but I would have missed so many turns otherwise because they pop out of nowhere. 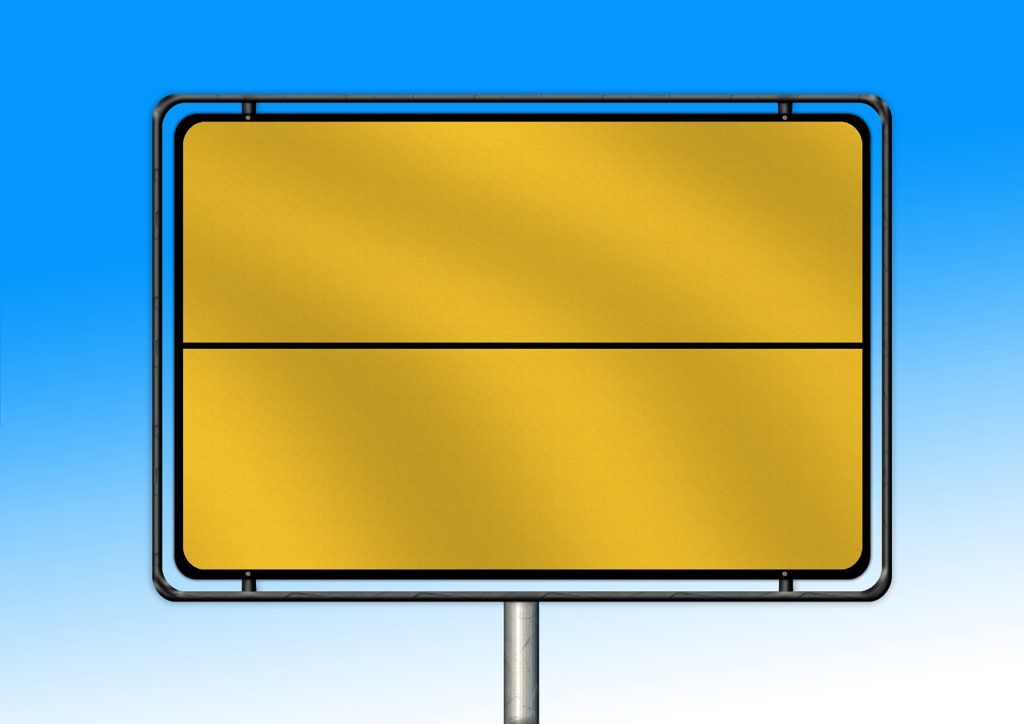 This is basically how helpful some of the signs are. Have GPS!

There were random speed bumps all over the place, again, with no warning. Most of the time I only noticed them because a car in front of me was slowing down.  They aren’t on the main highways, but if you’re on the road parallel to the highway (which there often were), a libre road, side streets, or back alleys you need to keep an eye out.

Make sure you’re never going that fast and stay vigilant.

Since I had the rental car, I had to be more mindful of parking!  Parking for stores was no problem, so the big issue was parking at night in a hotel.  My hotel had parking, but it was paid. However, I was allowed to park outside on the street for free.  I was asked to scoot my car as *close* to the curb as possible. A random guy on the street helped me, which was so nice. Later, when I had to leave, he also helped me get out of my parking space, which was a real help.

If you’re driving in Mexico City, I would suggest parking your car and walking the city or taking taxis/ubers.

Tips for Driving in Mexico

I was told by my Mexican friend, that I was “too sweet” of a driver for Mexico.  I would let people in and get grumpy if no one let me in. I’d use my turn signal and be surprised when no one else did.  I’d leave space when merging and be astounded that I did not have that favor returned.

By day 2, no longer would I meekly wait my turn back at the white line like I would in Atlanta.  I crept forward with the best of them to sit in the middle of the intersection. (Note: I always did this with another car next to me to make sure I was doing it right).

No longer would I believe that a one-lane road meant only one car was allowed there at a time.  I noticed they would frequently use the one lane to overtake another person’s car. But what I also noticed is that the person being overtaken almost always slid over to allow for the faster car to pass them.  What manners!

Another tip is to add at least 30 minutes to your drive time for traffic and wrong turns.  Once in Toluca,  I added like 30 minutes to my drive because I missed *one* turn.

The last tip I have is to always have cash with you.  You’d be surprised by the frequency and cost of the tolls!  If you’re going on a road trip Mexico, you’ll definitely go through some, so be prepared.  Make sure you’re in the cash lane not the electronic one. It will either say “Effectivo” or there will be a tiny picture of a cashier.  Worst case, watch for the lane where people are handing things to another person.

Driving a rental car in Mexico?- Check out the prices in Mexico for the tolls.

Driving in Mexico with US License

I’m American and from Atlanta, and I had no problems with my US Driver’s License.  I was only asked to show it one time to the guy at the counter. I was not pulled over by any cops, so I can’t speak to what would happen then.  I would suggest sticking with the speed of the surrounding cars for that reason as well as the surprise speed bumps mentioned before. 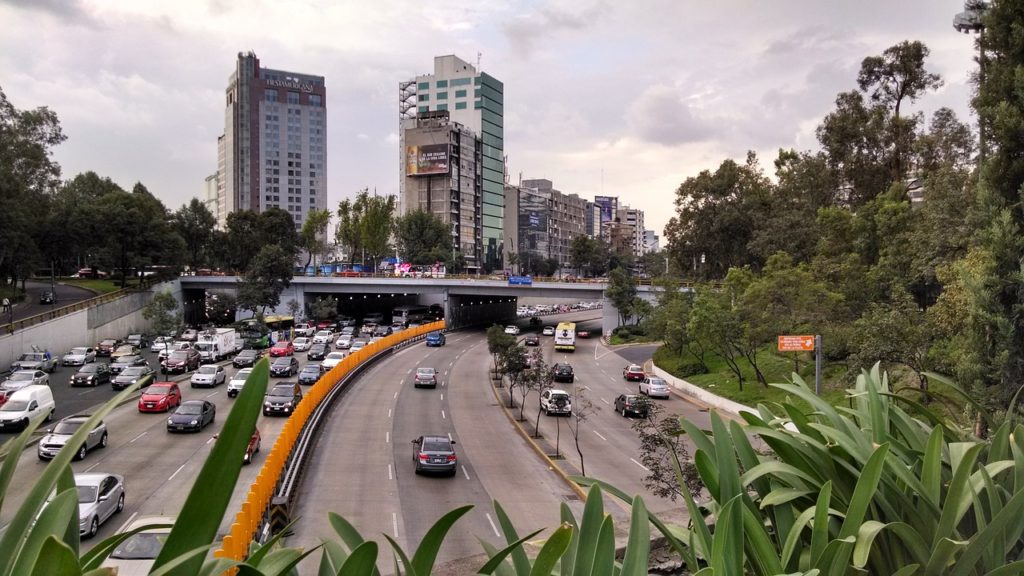 The highways aren’t that badc

Driving in Mexico in a rental car didn’t seem to make a difference vs not a rental car.  I felt like my rental car was very nice quality and very comfortable. I didn’t have to do anything different when parking or arriving at places because it was a rental.  No one asked!

What made driving a rental car in Mexico a little different than driving my own vehicle at home was, of course, worrying about any damages that I would be liable for! Because the rental cost was so cheap, I did upgrade the insurance, and then it was mandatory to add more.  Slightly annoying, but still very affordable.

I think the biggest dangers while driving the rental car in Mexico were the speed bumps!  I had to pay constant attention any time I wasn’t on a main highway (because they still popped up on what I would think were main roads).  They also were pretty random. Once I had two in a row on my side of the road, and then they weren’t at all on the other side!

Funny as it is to say, I’d say the view could be a danger! I didn’t have to pull over to take pics of something beautiful as often as I did in Iceland, but there were definitely some times when I was overwhelmed by the surrounding beauty, that I did stop.

When in more populated areas, I would have to suggest keeping an eye out for the sweet stray dogs that roam around.  They seemed to be pretty mindful of my car and didn’t get in front, but it’s always a good idea to keep an eye out.

Potholes!  The bane of many a driver is definitely rampant in all areas of Mexico.  My car didn’t have cruise control, but I wouldn’t have used it anyway, because I always was focused on the road ahead for those potholes and speed bumps!

At night, many streets aren’t lit very well. This is a double doozy because you have a hard time seeing, but so does everyone else.  People were not super gracious about turning off their high beams, so be advised. I tried to avoid driving at night because it was a bit irritating. 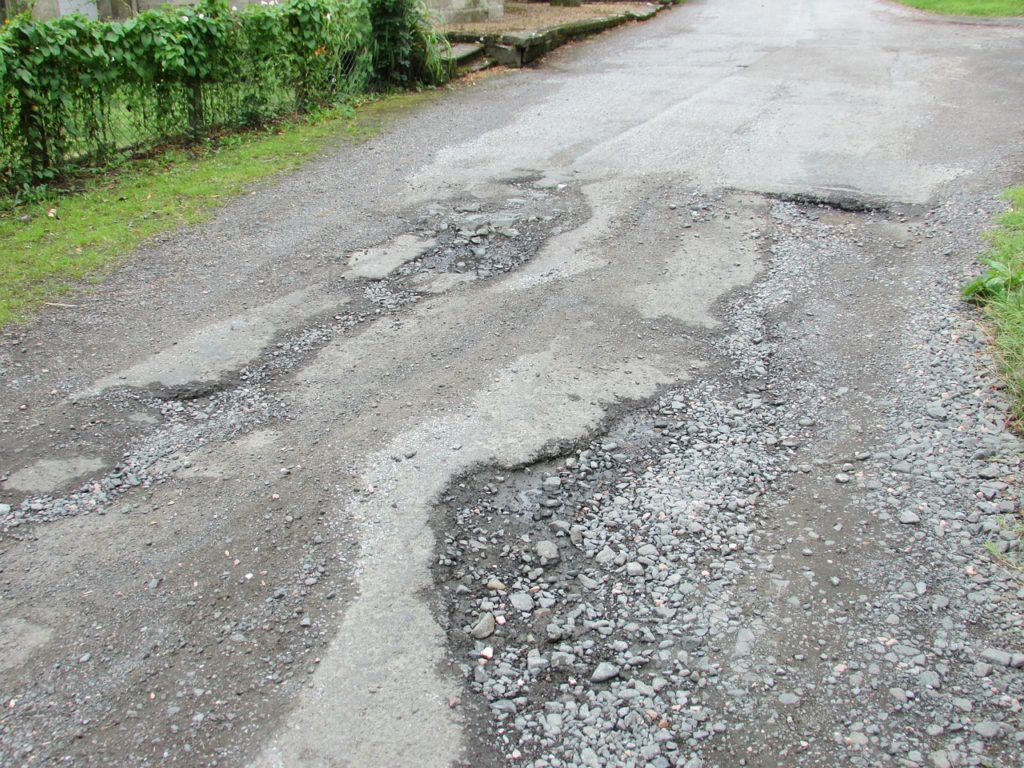 Nothing too wild. You just have to make sure you don’t go fast over them.

Just knowing about the dangers listed above is a major safety tip.  My biggest tips would be:

Confused about Libre Vs Toll?- Read my post about the prices in Mexico.

This Mexico road trip was slightly more stressful than driving at home, but it was definitely doable for most travelers. I don’t want you to be dissuaded by what I told you, but rather empowered.  Basically, it’s the same advice as I give in my solo safety tips… just be aware of your surroundings! Renting a car in Mexico gives you the freedom to explore and leave at your own time, and it’s definitely worth it. 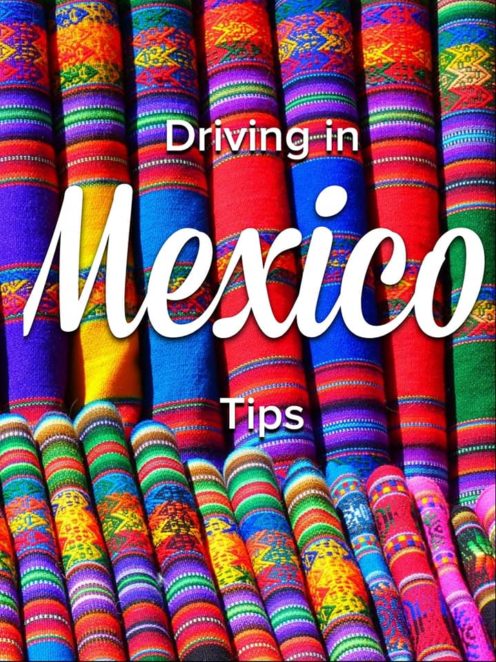 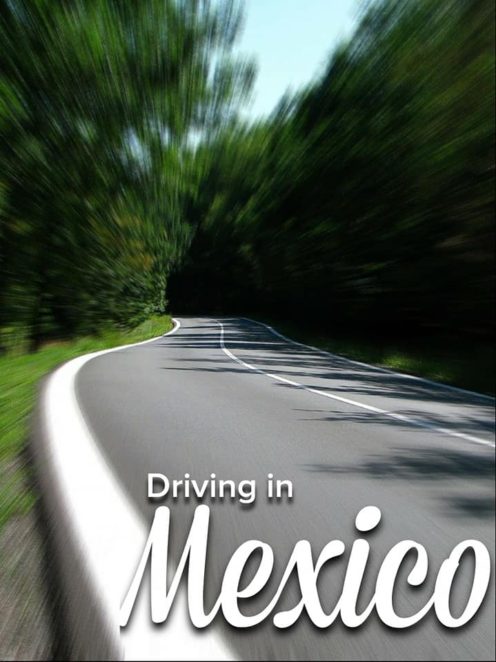 Planning a Trip to Nashville