Top Posts
How to Get Paid Market Research Studies and...
8 Travel Hacks to Save Money on Flights...
22 Things to do in Peru besides Machu...
10 Things No One Tells You About Iceland!
Israel Budget ~ How Much Does a Trip...
14 Reasons to Road Trip to Florence Alabama
The 7 Best Bars in Barcelona to Have...
Iceland Budget
My Cuba Budget
24+ Best Places to Visit in China Besides...
Home Bucket Lists Jacobite Boat Cruise ~ A Loch Ness Boat Trip Experience!

Whether or not you believe that a Monster lurks in the depths of a Scottish lake, a Loch Ness boat trip should definitely be on your list!  There are a few different places to start your Loch Ness tour (near the southern tip by Ft. Augustus or the northern tip near Inverness), but I chose the northern part because I wanted to see the Caledonian Canal and Urquhart Castle.

I went with Jacobite Cruises because of the good reviews, variety of options, and because it reminded me out Outlander :D.  I took the 3-hour Mini-Rebellion tour, and I had the luck of amazing weather! Keep reading to see my experiences and what you can expect for your cruise on Loch Ness! 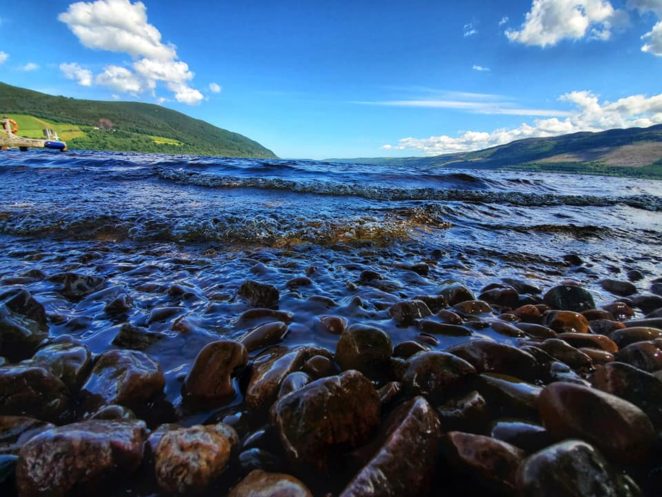 Feeling Nosy? – If you’re wondering “Is Scotland Expensive?” check out my Scotland Budget of what I spent on my whole trip!

What Will I See on a Loch Ness Boat Trip?

This will depend on which Loch Ness tour you sign up for.  Make sure you check all of your options! I chose the Mini-Rebellion because I wanted to make sure I saw Urquhart Castle and the Caledonian Canal, but I ended up seeing much more!

I, like I’m sure many people have, assumed that the Caledonian Canal was strictly a part of the Loch Ness experience.  I knew that it was man-made, but it’s actually 60 miles long, but only a third of it was man-made! It was created to connect a series of lakes (lochs, if you’re Scottish) to stretch the breadth of Scotland! 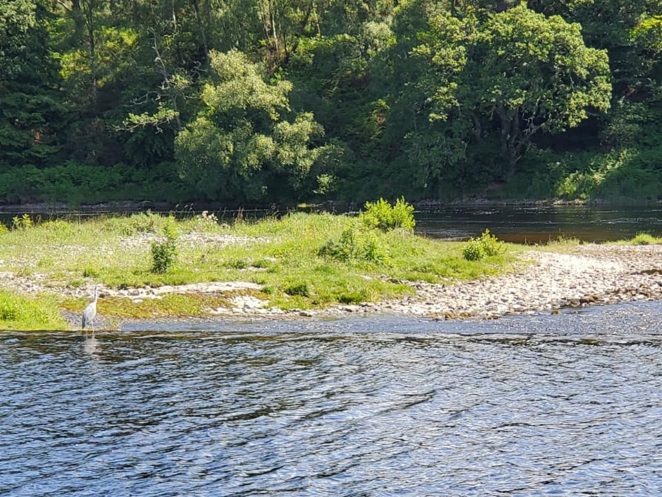 A beautiful crane admiring a part of the canal!

The Dochfour house has an interesting history (slightly tied to the Jacobites as well, so it was fitting to see it most of the Jacobite Boat tours!), but even if you didn’t know about it, it would be lovely to look at.  It’s a bright yellow house that sits atop a hill overlooking the lake, and I can only imagine what a stunning view it must have! It’s not open to the public, but it is open for private events. But it was nice to look at as we floated on by. 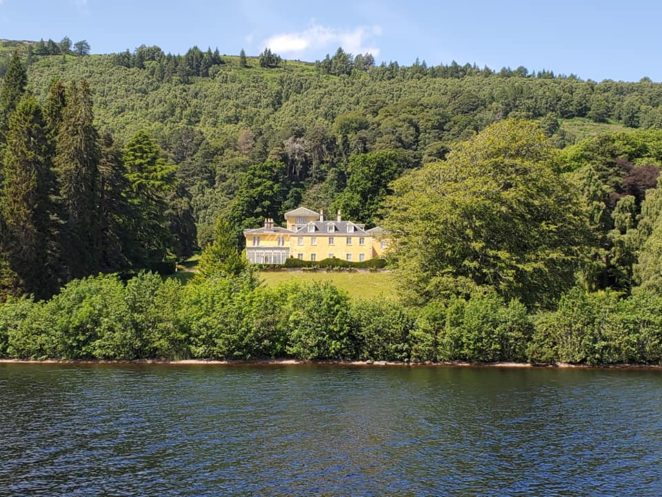 Urquhart Castle is a ruin today, but it must have been quite a sight in its heyday.  It began as a small fort, and over time it grew into a grand castle and stronghold that guarded the Loch Ness waterways.

The most famous “owner” of the castle was Robert Bruce, King of the Scots.

Fun Fact: That’s the same Bruce of the Bruce Fountain that I visited on my Outlander tour!  After he died and the English were invading Scotland, Urquhart became the last castle to hold out from the English. 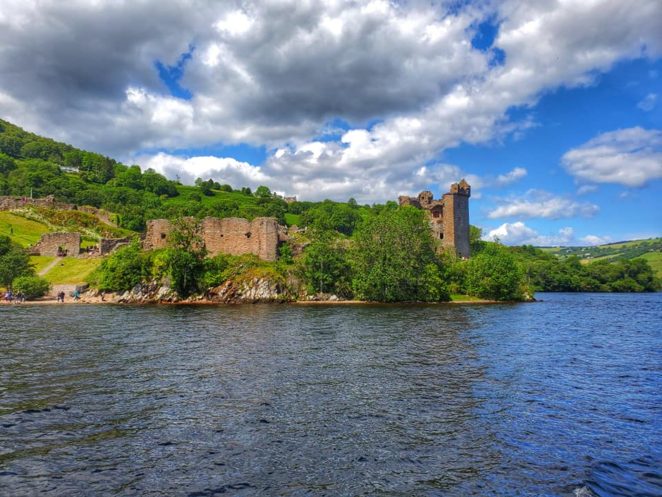 Today, it’s a historic site to visit. It has signs throughout the grounds with background information and visual approximations of what it looked like when it was still standing.  There’s even a tower you can still climb which provides a lovely view of the grounds and loch.

What Amenities Are on the Loch Ness Tour?

Don’t worry! You don’t need to be off of Wifi for the length of your tour!  All the boats in the fleet have wifi, and they encourage you to take pictures and tag them (#lochnessbyjacobite and #teamjacobite ) on social media for all to see! 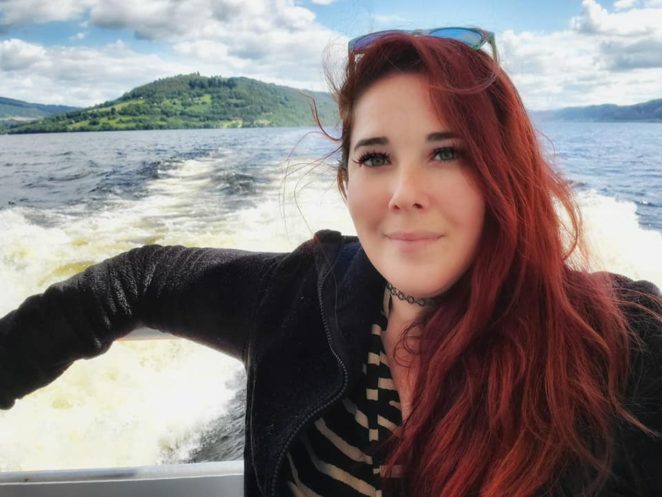 There is actually a snack stand that sells alcoholic and non-alcoholic drinks as well as some snacks.  I tried the Scottish Shortbread which was actually quite tasty! The prices weren’t unreasonable at about $2.

Would a tour be complete without a guide?  There are two ways to get information about the loch and the elaborate theories behind Nessie.  The first source of information is the knowledgeable and friendly guide with a microphone. I like that he had a microphone because no matter where you were on the boat (whether sitting or getting up and wandering around to take pictures), you were always able to hear what he was saying.  The guide spoke about the history of the lake as a whole, the cute buildings along the way, as well as more in-depth about the beloved Nessie. 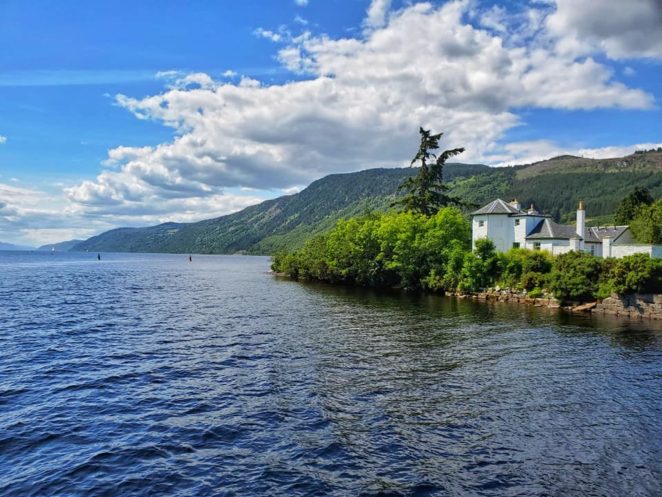 Also on board is a photo album of sorts. It has a ton of informational clippings from newspapers as well as information about the local flora and fauna for those interested in that.  I was sad that I didn’t get to see the animals mentioned in the book, but at least there were pictures! There were, of course, several mentions of the Loch Ness monster. What would a Loch Ness Tour be without talking about her? 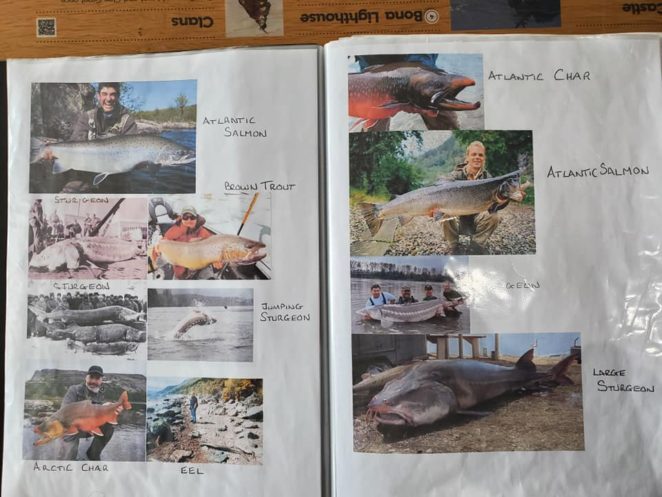 You certainly can’t be trapped on a boat for multiple hours with drinks to be had without a bathroom!  There was a bathroom on board, and it was surprisingly clean!

Is the Boat Cruise on Loch Ness Just About Nessie?

Absolutely not! While the famed Nessie was of course mentioned, there is a lot of other information to learn about the lake.  It is a part of the Caledonian Canal which is critical to Scottish transportation (It goes from the small town of Corpach to Inverness!). It’s also where John Cobb chose to try and break the water speed record! He picked Loch Ness because it’s long and skinny which provides enough room for the boat to speed up and more importantly slow down.  Sadly, the boat crashed and Cobb was killed.

Another reason Loch Ness is thought to be the home of Nessie is that it’s so deep! It’s the largest amount of water in the UK!

Not to mention, it’s just a beautiful lake and a lovely way to spend a few hours.

But if you *wanted* to know more about Nessie, I would suggest heading over to Nessieland!

Where Do I Go for my Jacobite Boat Cruise?

Be careful! There are two departure points!  Make sure you check your ticket and confirmations wisely to see if you will be departing from Clansman Harbour or Dochgarroch Lock!  If you happen to mess up (like yours truly), no worries at all since they are just a few miles apart. It’s very easy to make your way to the correct spot as long as you arrive early! But hurry, because the boats don’t wait! 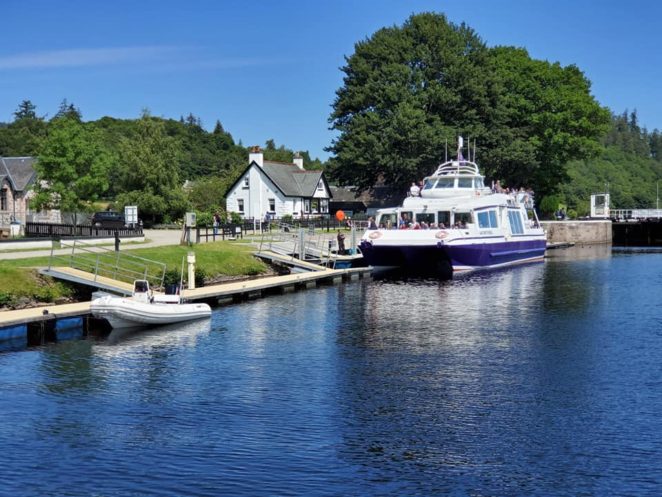 Will I get to see Nessie the Loch Ness Monster? Just kidding, obviously!  If you did and you managed to snap a pic or a vid, it would definitely pay for your entire Scottish holiday!

A Jacobite Boat Cruise on Loch Ness is definitely the way to go!  Do you have any more questions that I wasn’t able to answer? 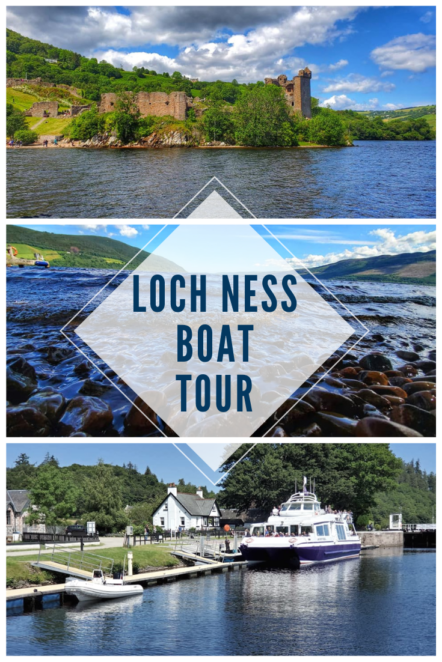 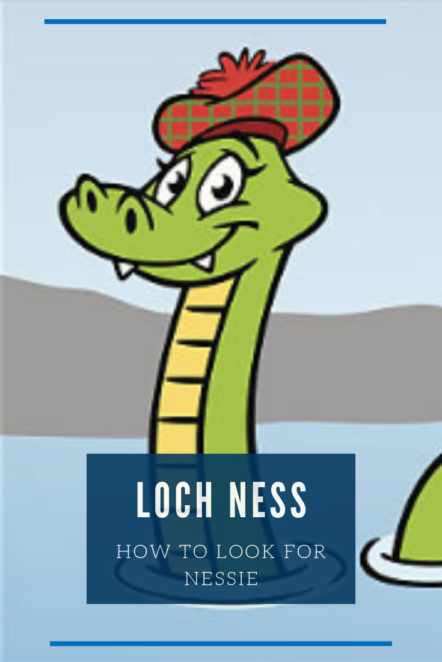 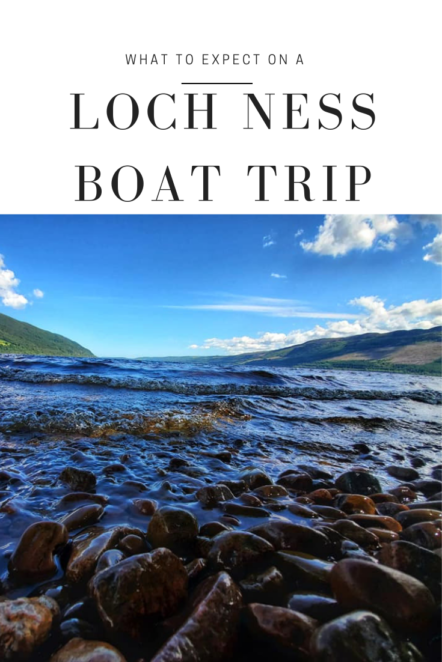 Is Scotland Expensive? My Actual Trip to Scotland Cost