Top Posts
8 Travel Hacks to Save Money on Flights...
How to Get Paid Market Research Studies and...
10 Things No One Tells You About Iceland!
Iceland Budget
22 Things to do in Peru besides Machu...
Israel Budget ~ How Much Does a Trip...
The 7 Best Bars in Barcelona to Have...
14 Reasons to Road Trip to Florence Alabama
My Cuba Budget
24+ Best Places to Visit in China Besides...
Home TripsNorth AmericaUSAlabama Bamahenge and Dinosaurs in the Woods ~ Gulf Shores Alabama’s Attractions

Bamahenge and Dinosaurs in the Woods ~ Gulf Shores Alabama’s Attractions

When I plan a roadtrip, I love finding kitschy places to stop and see!  So when I heard about the dinosaurs in the woods and Bamahenge, there was no way I couldn’t stop and see them!  Bonus:  Both these Gulf Shores attractions are free!

Everyone in the South has heard of Gulf Shores, Alabama as a wonderful beach destination. But… I’d bet money that most people haven’t heard of an amazing roadside attraction a scant 30 minutes away. 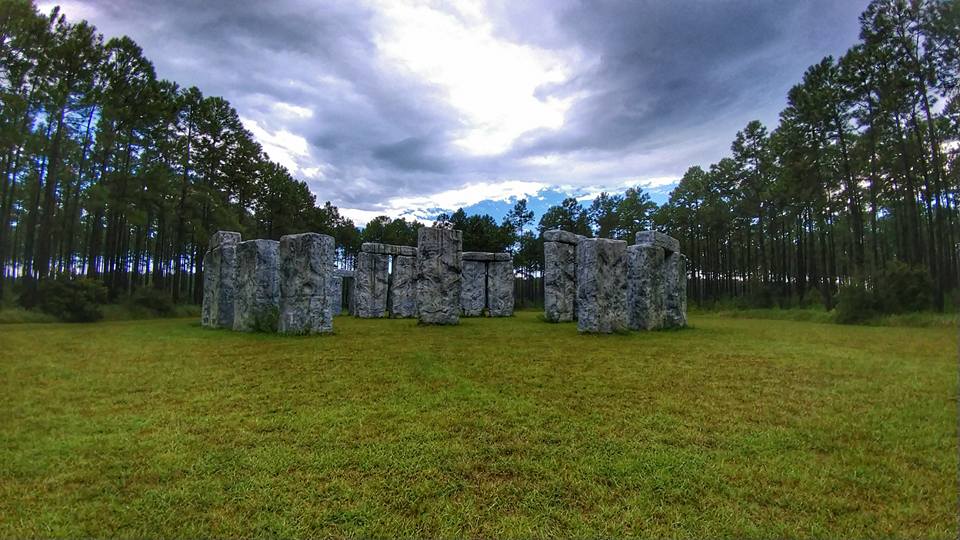 No, your eyes aren’t deceiving you!  That’s Stonehenge! Well, colloquially and affectionately known as Bamahenge.  It’s a fiberglass recreation of the famous standing stones in England.  I went just after a late summer shower, and the clouds and atmosphere really lent to the magic and fun of this place.  Look at those clouds! So dramatic! 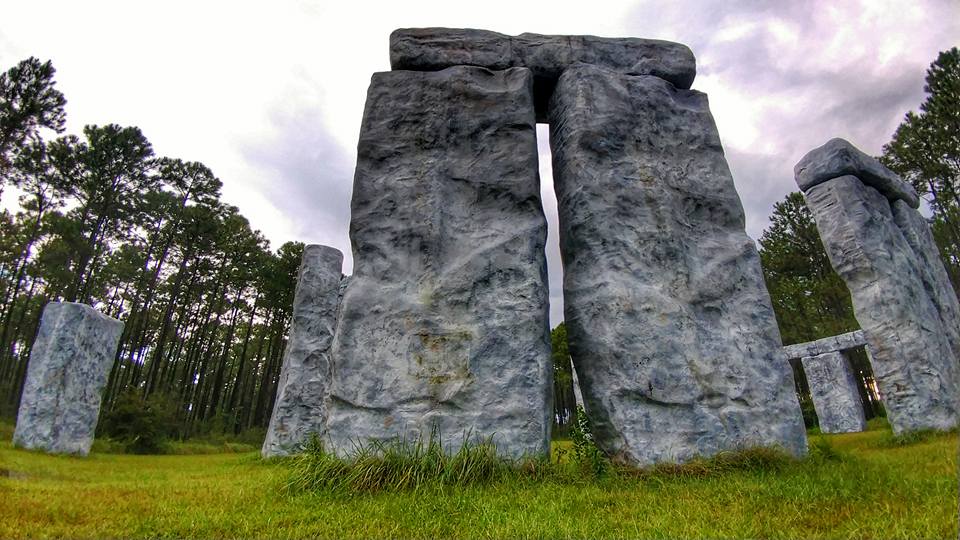 This was an amazing opportunity for me because on my trip to the actual Stonehenge, my camera was stolen (can’t thieves just leave the SD cards??).  So, I was able to “retake” my pictures.  Sure, it’s not the same, but it’s life-size, and it’s something!  What’s even more amazing is that you’re able to walk up right to them and touch them (unlike the real thing).  To be fair, they definitely feel like fiberglass when you touch them, but they sure do make for great pics! 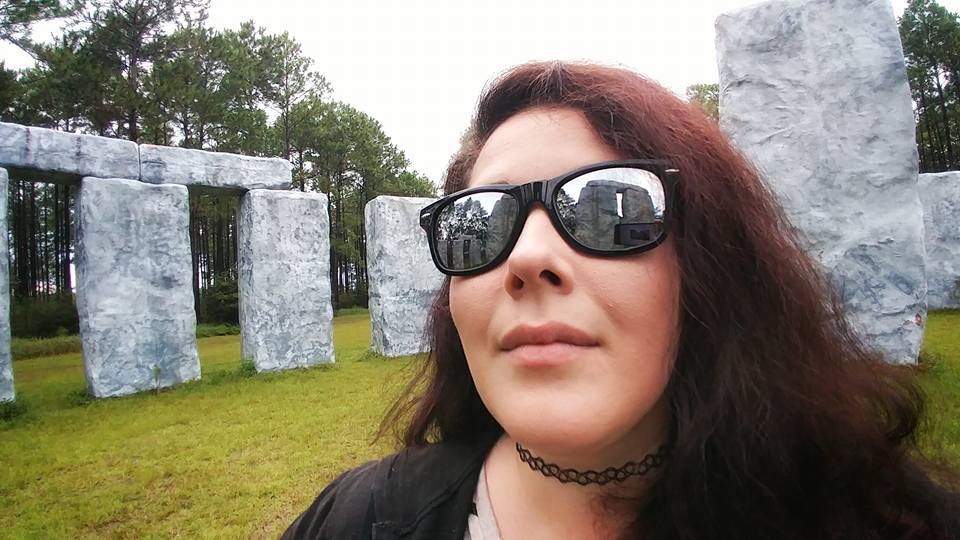 When you’re driving along the road, there aren’t any signs.  You need to keep an eye out, but you’ll see a glimpse of it from the road.  It’s actually life size, so if you keep an open mind, it can be almost as magical as the real thing!  If you’ve been to the real thing, you know you can’t get up close.  That’s not a problem here!  I couldn’t stop giggling because it was so funny and fun! 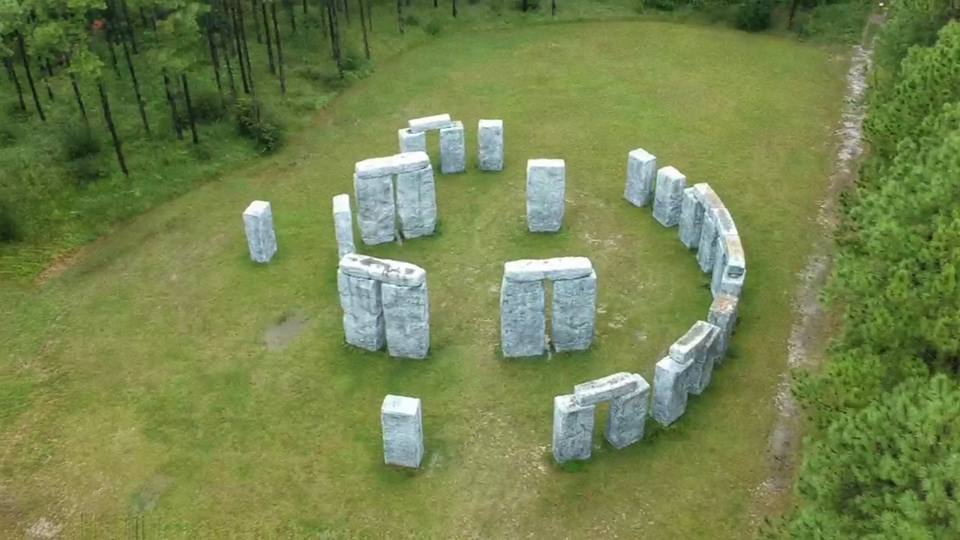 It was commissioned by an Alabama billionaire, and spoiler alert… it wasn’t the only thing he commissioned! 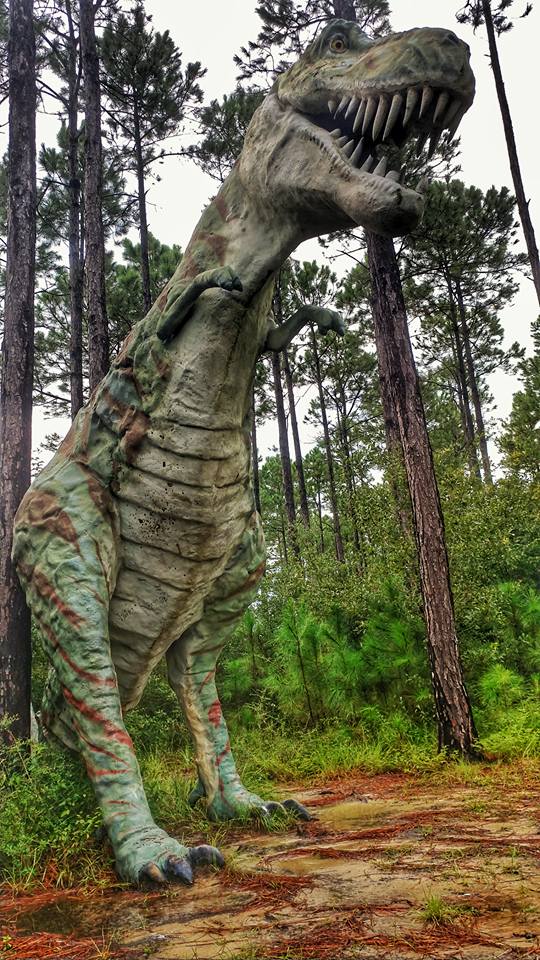 He got the same artist to create a dinosaur statue!!  Not one… not two… but there are multiple dinosaurs in the woods for you to find! The dinos are sprinkled around the woods just off to the side on the way to the marina.  Down at the marina, there’s also a “Lady in the Lake.”  I thought it was a King Arthur allusion, and because my PokemonGO app told me there was a lake nearby, we trudged through the woods to find it.    We didn’t see it there. Turns out it’s literally a giant lady in the middle of the water by the marina. I’m not going to post a pic of it because I really want you to be surprised when you see it! 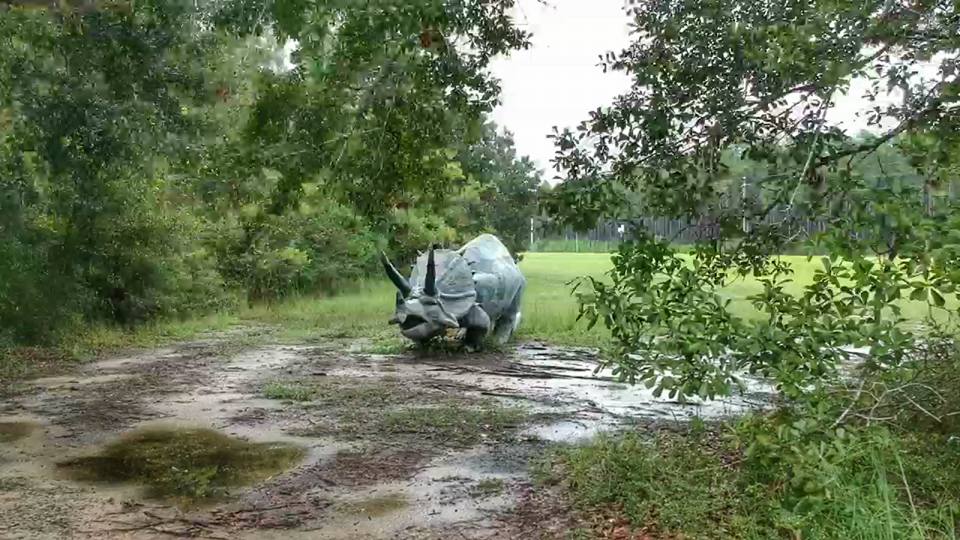 I just love that someone used their money to bring so much joy to everyone 🙂  I hope that brings him a lot of joy too.  All of these fun foam creations are free for you to see! So go get yourself a selfie with a dinosaur statue! My favorite is the T-Rex, but there was also a brontosaurus, triceratops, and a stegosaurus.

Hungry? –  Here are some great restaurants to check out in Gulf Shores. Or check this out for a different perspective!
Into real dinos? – Check out the dinosaur trail in Canada!

If you’re driving through Georgia…

If you head east to get back home like me, you should also check out the Wild Animal Safari in Pine Mountain, GA!   You’re able to either rent a van or drive your own car (I’d really suggest paying the extra $20 or so to rent a car there. You don’t want those horns and drools all over your car).    I’ll write a separate post about it later, but for now… enjoy this zebra. 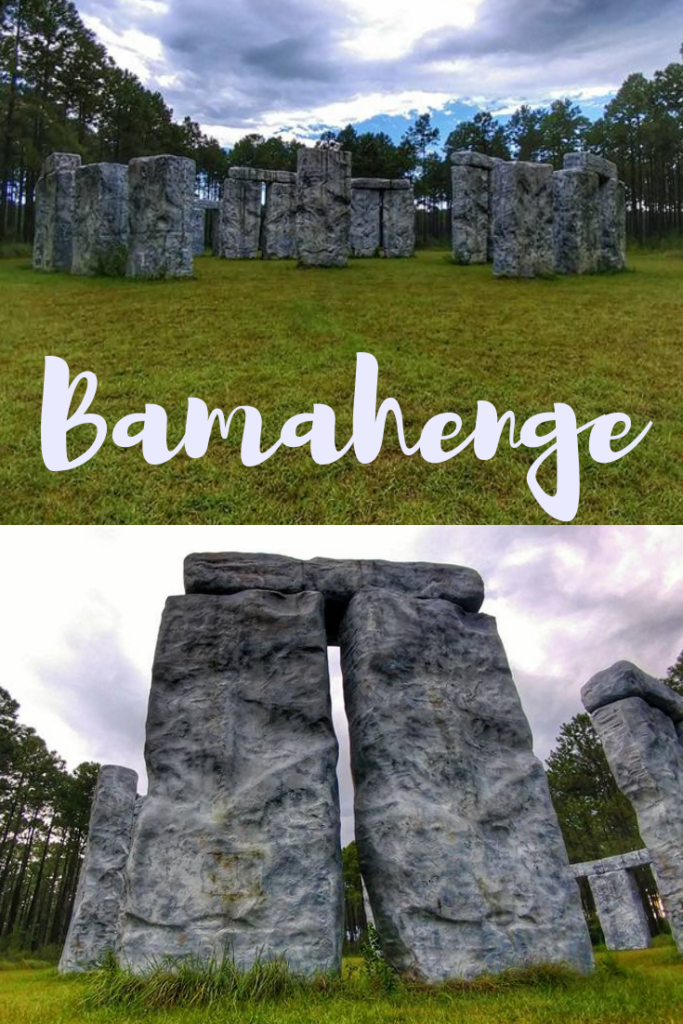 What Does a Peru Trip Cost?

Tentex forte – the all natural way to...

Surely awesome stuff you have shared with your audience… I am a travel blog and follow some specifics. By the way keep working like this

I remember this sort of thing from the tiny bit of the USA I saw some years back – the random whimsy! 🙂 So weird, but in a good way!

Now that I think about it, you’re right. I don’t really see things like roadside attractions in other countries! Shame since they’re fun!

Oh cool, I didn’t know about this attractions. Looks like stonehenge. This would be an awesome addition for a day trip.

Finding these quirky roadside attractions is def one of the best things about roadtrippin. Glad you got to recreate your Stonehenge pics! (Damn thieves ?)

I hate driving, so these roadside things are what make it worth it!

Wow this is really cool and does look like the one you see in Europe…I have never seen either. Love the dinosaur guys!

Love to visit this area!

It is crazy how similar to Stonehenge this place is! You wouldn’t think things like that exist over on this side of the world. The dinos are a cool touch 🙂

Well, it’s not real… it was made to look like Stonehenge.

I can see a lot of effort went in to give the look that Bamahenge has. And I can imagine my kid playing with that dinosaur !! Beautiful indeed!

Yes, it was amazing! I was so happy to redo my Stonehenge pics!

Haha! I didn’t realize something so interesting existed in Alabama. I especially like Bamahenge 🙂

I was really surprised too! I spent a fair bit of time in Alabama last year, and I was pleasantly surprised at all of it!

Wow how awesome! Those dinosaurs look so cool. Gotta love roadside attractions. And that safari sounds awesome! I did a similar one in San Antonio and may have developed a fear of the ostrich!

I hear ya! Ostriches are super aggressive! Way more than Fantasia would have lead me to believe!

You are right! I always think of beaches when it comes to the Gulf Shores. The dinosaurs in the woods looks like a fun little spot to check out 🙂

It’s only like 20 minutes away too! Definitely worth the detour!

Interestingly enough, I’ve never heard of Gulf Shores, AL and I’ve lived in the South my whole life. So thanks for introducing me to it. ☺

Those dinosaurs though? They would scare me at first sight…lol.

[…] And did you know there is a life-size recreation of Stonehenge nearby? Check out Bamahenge! […]